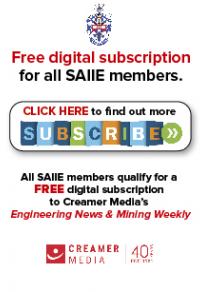 The 2020 SAIIE Awards, when we honour and celebrate outstanding contributions to industrial engineering in Southern Africa, took place online on Wednesday, 7 October 2020. This event was held in conjunction with the SAIIE31 Virtual Conference Awards.

Click here for a recording of the event as well as the very interesting keynote address.

The following winners and runners-up were announced:

Prof Susan Adendorff is a professional industrial engineer. She was appointed as the Director: Facilities Management at the University of Pretoria from 1 June 2013. As Director: Facilities Management, she is responsible for total facilities management at the University of Pretoria – which entails a capital project portfolio of almost R4bn and maintenance and operational services covering more than 1 000 000m2 of gross floor area (704 buildings) and 1 200 hectares of land (of which 404 hectares comprise gardens and sports fields).

Over her career, Susan has consulted widely in all areas of industrial engineering. She is co-author and/or editor of three business and operations management books and has contributed to a number of articles in the field. In August 2012, the University of Pretoria launched a publication “Pioneering the MBA in South Africa - The University of Pretoria from the GSM to GIBS - 1949 to 2011”. Susan was the editor and co-author of the publication. Proceeds of this project feed an MBA bursary fund at UP - the fund currently exceeds R1.8 million.

Susan is a registered professional engineer with the Engineering Council of South Africa and was a council member of the Southern African Institute for Industrial Engineering from 2007 to September 2013. She was appointed as the editor of an internationally accredited scholarly journal - the South African Journal of Industrial Engineering - at the end of 2007. She fulfilled this role until September 2013. She served as a section editor of the Journal from 2013 to 2020.

Susan was a board member of ABSA’s North Gauteng Provincial Advisory Board from 2002 to 2008 and was a board member of Tuks Alumni from 2002 to 2007. She served as the Vice Chairperson of the board of PURCO (the purchasing consortium for Higher Education in Southern Africa) from 2010 to January 2013. Susan was a member of the project steering committee of DHET overseeing the creation of the two new universities in South Africa. Susan served on the executive of the Higher Education Facilities Management Association of South Africa from April 2013 to May 2014. She has also been a member of the “Suid-Afrikaanse Akademie vir Wetenskap en Kuns” since 2015. Susan was asked to serve as the first-ever female president of the Tuks Rugby Club from November 2017 - a role she continues to fill with pride.

Susan is married to Dr Charles Horn, a microbiologist. She has two adult sons, two engineers (one mechanical and one industrial) and will soon have two grandchildren.